Fighting An Aggressive Poker Player During a Heads-Up Tournament

So, you made it to the final two, huh? Good for you! Whether we’re talking about a Sit-N-Go or a standard tournament, one thing is clear — final two is pretty big stuff. Unfortunately, there’s a difference between second place and first place. You’re still in the money, but what if you really want the biggest prize possible? Believe it or not, it’s in your power to get that first place spot. Your opponent knows it too.

A lot of people hate being in the final two because it means that they’re going to have to actually battle it out. Neither player wants to lose their shot at the grand prize, and they shouldn’t be ashamed to go hardcore to get that prize. That’s part of poker — it really is competition at its finest. You’re battling your own mind and fears, along with the presence of the other player. 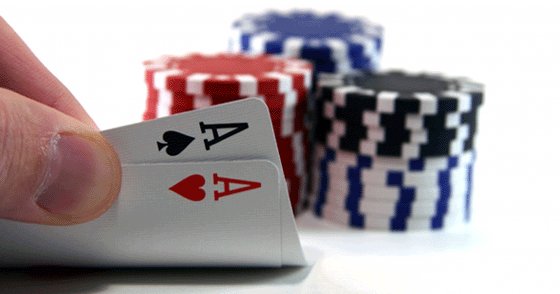 If you have an aggressive opponent going heads-up with you, you can expect a LOT of raises — even when they might not be holding good cards. It’s a psychological game, and you have no choice but to play it. They want to get you rattled, of course. So you might see a lot of raises and go for them — only to find that they got a better board than what you got. There’s no need to get upset to try to get mad at them. It’s just smarter in the long run to make sure that you hold onto your cards and play them well.

Of course, if you know that you’re beat, the heads up part is not a good time to try to just limp in and see if the board will save you. This is also not a good time to hope that the river is going to save you; either — that little mistake has cost a lot of people a lot of money in the long run.

So now is definitely the time to be sure that you tighten your game up. Don’t fall prey to bad raises, but don’t be afraid to go all in if you know that you’ve got a good hand. Count your outs and look at your odds. Every hand that you go in on, you need to realize that there’s a possibility that you’ll lose. Poker is a game of luck, and there have been people that have still lost hands — even when they had AA! So don’t think that any “monster hand” is going to make you invincible. Today’s monster is tomorrow’s mouse. Plan accordingly. You should play poker like if you lost, you wouldn’t be mad because you still played your best game.

A lot of players get impatient, but this is not the time for that – those players should just stick to video poker! You want to always make sure that you have control of the situation. Yes, it could take some time to bust someone out, but generally speaking — all games will come to an end eventually. That’s because the blinds are always going up, which means that there’s always going to be those heavy blinds nipping at your stack. They’re going to spur you and your opponent into action, one way or the other. Good luck out there!