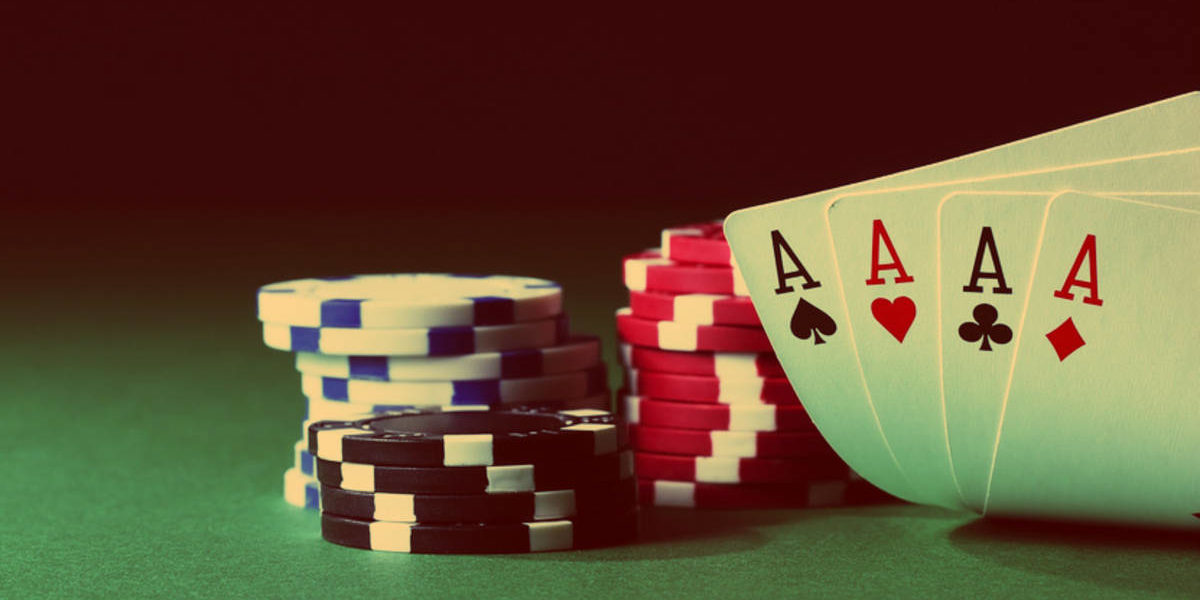 While there is certainly an element of luck involved, online poker truly is a game of strategy and skill. There are many common issues that can affect the quality of a player’s online poker game. Most of these problems are costly, and avoidable. Following these ten tips for online poker will significantly enhance an individual’s results at online poker sites.

Many novice online poker players have an overwhelming desire to be in on the action no matter how poor their hand is. New players can save themselves untold chips simply by tightening up their online poker game play. Playing tight means only playing the starting cards that have the best statistical probability of winning the hand if the flop fails to improve on them. Tight players will often fold many more hands than they play, conserving their investments for a strong pair, such as Kings or Queens; or high, consecutively ranked pocket cards such as Ace-King.

A player’s position relative to the dealer is one of the most important factors that influence the outcome of a hand. The player who is first to act (bet, call, raise or fold) is always at the greatest disadvantage, and should never raise without an excellent hand to back it up. The last player is in the most advantageous position, since everyone else at the table will have revealed something about the strength of their hand before the player is required to act. Players in early positions should play more passively, while those in late positions can afford to be a little more aggressive.

Pocket Aces are a very strong starting hand, but when the flop produces three hearts, and the small blind suddenly raises, there is a good chance that pair of Aces could crumble under a flush. Watch for potential straight, flush, and full house draws on the board that may have hit an opponent’s hand, and adjust your game-play accordingly.

While online poker players don’t provide physical tells, they do tend to follow individual patterns. Players can be labeled by how aggressive or passive their bets are, and how tight or loose they play their hands. Identifying each opponent’s playing style makes them more predictable in the long run, and can aid in determining whether or not they hit their hand on the flop, turn or river.

Avoid Too Many Tables

Many online poker players get bored waiting for the next hand, therefore multi-tabling has become very popular in internet poker. However, playing too many tables at once can lead to costly errors. Ease in to multi-tabling, one table at a time, in order to avoid becoming overwhelmed or confused.

Be Alert and Positive

Most amateur online poker players can noticeably improve their results simply by turning off the TV, avoiding alcohol, and by not playing at work or while stressed out. Online poker players benefit tremendously from having a comfortable, quiet setting that is free of interruptions, as well as a cheerful attitude. Instead of alcohol, which can hinder decision-making, try drinking coffee, tea, or a favorite energy drink.

Recognize the Signs of Tilt

When a player begins using poor judgment in a desperate attempt to reclaim a huge loss, they are said to be “tilting”. Almost every poker player has experienced this situation, and falling into the trap of chasing lost poker money usually leads to even more devastating losses. Be watchful for signs of tilt, and, upon recognizing them, take a break from the computer. A jog, shower, or physical activity of any kind will help clear the head, and put the game back into perspective.

While bluffing is an integral part of playing poker, it is not absolutely necessary to bluff. However, when playing online poker, there are specific situations in which bluffing can prove quite successful. From late position, if no one has raised, there is a decent chance of stealing the blinds with a confident raise. Bluffing is also useful against passive players, especially in heads up play. However, it is expensive and generally ineffective to bluff players who are very loose and aggressive, or to bluff from an early position.

Almost every online poker room provides an in-game notepad in which players can record any information they choose for future reference. Useful facts to note include the playing styles of specific opponents, all of the hands an opponent reveals in showdowns, or one’s own personal online poker results for later analysis.

One of the most important aspects to experiencing success in online poker is diligent bankroll management. There are many useful guidelines for managing a poker bankroll that work when followed assiduously. No matter which bankroll management system is implemented, one fact that simply cannot be stressed enough is that players must choose stakes that are within their budget in order to maintain a healthy poker bankroll.