If you’re new to the world of online poker, you might wonder how you’re ever going to possibly get the practice that you need in order to move higher and higher up the ranks. Poker is not as easy as games like bingo.  Bingo games such as City Bingo are very intuitive and easy to pick.  But poker takes years to master.The answer is simple: freerolls. As the name suggests, freerolls are simply tournaments that don’t cost you anything to enter. You might think that it would be silly for casino owners to even offer freerolls, but it’s actually a great way to get players into the game. It brings in players that wouldn’t normally have a chance to really get their feet wet a real opportunity to show people what they are made of. However, it can also attract people that are just trying to escape the boredom of a Friday night alone at home. Your mileage will always vary with freerolls because hey, people are truly people no matter where they live or what they do. Yet there are some strong benefits for playing freerolls.

You get the practice and the experience without having to have that experience come out of your pocket. So what if there are people that are better than you at the tournament — you aren’t paying for it, so it’s free experience that you’ll review and reflect on for a long time. You don’t have to feel like it’s impossible to get things done, either — we’ve got the scoop on what you need to know in order to get things done in the freeroll universe.

We’ve already touched on the type of people that you’re likely to enter in a freeroll tournament. So this means that you will need to adjust your strategy big time in order to ensure that you’re going to be able to really compete. You should always be playing to win no matter what type of tournament that you’re in. A lot of players blow off freerolls, but it’s nice to win one or two to still make sure that you really have what it takes to compete over other people. 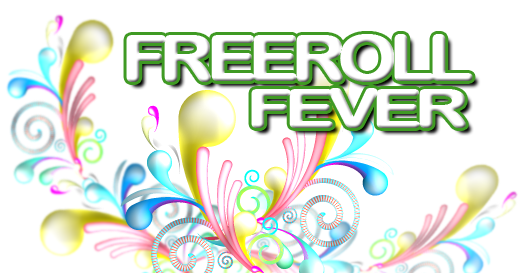 All ego jokes aside, you will need to really make sure that you are playing aggressively but tightly at the same time. While you don’t want to be a rock that never moves, you definitely don’t want to go in soft and hope that you’ll just get carried along in the chaos. You want to go in and raise hard, you want to go in and play big bets. This will show that you mean business and you’ll be able to pick off weaker players that are too scared to lose any chips. Fearful players are part of the fabric of freeroll life, and their chips will look even nicer when they’re assimilated into your chip stack.

Borg much? We thought so, but hey — chips are chips. And like the sci-fi hit slogan goes, resistance really is futile!

One thing that you don’t want to do is try to play weak starting hands. This is a time where folding is definitely a good idea. Yes, there might be other people around you that are trying to play off weak hands, but it’s really not a good idea at all. You still need to make sure that you are evaluating your hands and only playing the ones that actually have a good chance at winning. Leave the sucker hands to the suckers, people.

Before the flop, you will want to go all-in typically on large pocket pairs, like AA, KK, QQ. AK is also another hand where you want to go all in.

Why would we tell you to go all-in? Well, it helps to immediately clear the field of all of the people that would get in your way otherwise. If you’ve got a really good hand, then you want to bulldoze just about anyone. Position is important, but when you have AA or KK or QQ, you don’t need to think about position.

The only time that you will want to think about position at this point is if you have JJ or AQ — you only want to play those in middle or late position when no one has raised before the action has gotten to you. This is pretty safe without you risking all of your chips for no reason.

So, what do you really do with small pairs? Remember we’re talking about before the flop has come down. You really want to either fold your hand completely if the raises have already started to fly. If there hasn’t been a raise then you can raise four big blinds — but no more than that.

Limping in doesn’t really make sense, but if you’re determined to limp in anyway, you want to ensure that you are in late position only. Trying to limp in from other positions really puts you in a weak place, and weakness isn’t good in poker — cut it out for best results!

Once the flop has come down, you need to immediately decide if you have anything. No, a single pair is not “something” — fold and get out of there. If you’ve got two pair, that’s when things start looking sort of sexy. You can go in if you’ve got two pair that’s pretty high, like pair of kings and pair of 10s. That would be a hand that we would love to have in an all-in situation — we’ve already determined our mission, and we could push people out of the pot without having to really worry about it.

Be cautious if you’re playing against multiple opponents in a large group — things can get slippery quickly!

Now, these are the tips that you want to put into motion if you’re in the early stage of a freeroll because you’re trying to blow away as much of the competition as possible. What happens when you slide into the late stages?

It’s really simple — you will want to look at your crowd. The weaker players will have lower chip stacks, which means that they’re going to be limited to what type of action they can really bring to the table. Players that have a lot more chips than you do need to be taken seriously — they can really bully you, and that means that you want to always be sure that you have a really good hand before you jump into any round.

Before the flop, you want to raise if you’ve got AA, KK, QQ, JJ, TT. AK will also work. How high do you want to raise? Four big blinds, and nothing more than that. If someone pushes you to raise again, then you will want to skip the chatter and go for the big finish — yep, that’s right. You go all-in.

If you’ve got a high pocket pair aside from what’s above and you’re in middle to late position, you can still raise. KQ, AJ, and AQ would also be potential targets for a good raise. Now, if someone raises you here, you will want to fold KQ or AJ — everything else should be an “all-in” bet.

After the flop, you need to decide immediately what you want to do. Again, freerolls are a type of tournament where you have to be decisive. You cannot feel like you can just weave in and out of pots, especially in the late stages.

Now we’re coming to the final table — this is where most newbies want to be, and it’s hard to get here just by playing a random game. You need to be on your toes, because everyone is going to be on their toes too. The blinds are probably also escalating more quickly, which means that every turn you’re really going to have to decide what you do.

Watch out for the person in early position who raises — that might be a time where you’ll need to fold.

Play aggressively, but make sure that you use good sense. If you aren’t holding a pair, chances are good that you’ll be folding a lot. Connecting cards at the final table just aren’t good enough to push all in, you know!