A trip to the casino means something different to everyone. There are those players who are out just to enjoy a bit of fun and entertainment, whilst others are intent on winning money- an unrealistic goal in the long run! As a result of the diverse range of visitors in an environment where emotions can at times run a little high, there are many different security rules and regulations in place to not only protect the customers but to protect the casino. Here are some of these rules:

In most casinos there’s a rule stating you’re not allowed to take photographs. This is for several reasons:

Customer Privacy – Some people will not want to be photographed in a casino or in fact, their other half may not even know they’re at the casino or even out of the house for that matter. Taking photographs and then “tagging” them on Facebook, for example, could get people into trouble – just as it could if they were down the pub instead of at the office.

Security – Someone could be taking photographs of cards and then communicating with another person. As a result, this could be cheating for an unfair advantage – it’s something the casino will pursue vigorously as it could cost them money! 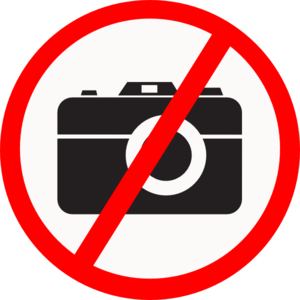 If you’re playing any of the casino games, except for the slot machines (which are harder, if not impossible to cheat) and you go on your mobile phone, you’ll likely be advised by the dealer to turn it off and put it away. There are several reasons for this which include; you could be putting a bet on for someone else (which is not allowed), you could be getting advice from someone on what to do (cheating) or if there are others at the table, it could simply be seen as bad etiquette. Ironically, as you may have noted, casinos often offer charging docks on their tables. Feel free to use them but don’t be tempted to text your mates whilst you’re at it, this action could be misunderstood. Remember, the use of mobile phones is not banned, and you can use them whilst standing away from the table, but as mentioned previously – no photos!

Some people are extremely impatient and want to gamble at pace – a very unwise idea and a possible warning sign for problem gambling. As such, you may find that people are playing 2, 3 or 4 roulette tables at the same time. If playing a card game then there are other people (including the dealer) awaiting your decision on your next turn, therefore if you’re jumping around to other tables this then affects the flow of the game and is forbidden, in addition to this, it’s just a terrible idea generally.

If you swear at the table, you’re likely to be pulled up by the dealer or the pit boss. It’s easy for people to lose their temper at the table if they’re losing money however if the language gets bad, the staff will ask you to tone it down. If the player continues to swear after being asked not to, you may find that security escort them out the building and potentially ban them from returning.

Bear this in mind next time you’re in a casino. You might want to record your fun night out but it isn’t worth it if it’s going to bring your night to an early end, if you’re really still intent on taking photos, these guys have put together a guide which you may find useful.